For over 30 years, John has devoted his career to helping injured people and their families prevail over people, corporations and insurers who would otherwise have the advantage to deny them justice. “It’s an honor and a privilege to fight for and obtain justice for deserving and injured people.”

For more than three decades, John has focused his practice on complex personal injury and professional liability in Maine and Massachusetts. John has considerable experience in technical medical and catastrophic injury cases. John is a graduate of Gerry Spence’s Trial Lawyer’s College and a member of the Million Dollar Advocate’s Forum.

John is a member of the Maine State Bar Association and Massachusetts Bar Association. For over twenty years John served on the Board of the Maine Trial Lawyers Association and is the past President of the organization. John has presented local and national seminars, taught Trial Practice at the University of Maine Law School and coordinated and taught at The Peoples Law School with a mission to teach substantive law to non-attorneys. John is admitted to practice in all courts of the State of Maine and the State of Massachusetts, the United States Court of Appeals for the First Circuit, and the United States Supreme Court. 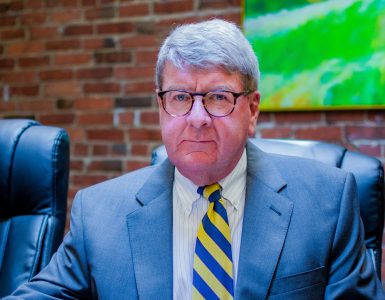